Celebrated for its finesse, infectious exuberance, tonal allure, and its irresistible panache, the Vienna Piano Trio has long been hailed as one of the “world’s leading ensembles of piano, violin and cello” (The Washington Post).

As of September 2015, that reputation is being kept alive with David McCarroll as its new violinist who has a rich relationship with the chamber music repertoire. Formed in 1988 (by Stefan Mendl, Marcus Trefny and Wolfgang Redik) and winning numerous prizes at international competitions, the Vienna Piano Trio today performs in the major concert halls worldwide.

In Europe the ensemble frequently plays at the major Chamber-Music venues like Wigmore-Hall-London, Concertgebouw-Amsterdam, Mozartsaal-Wien, Konzerthaus-Berlin, Cité de la Musique-Paris, Palau de la Musica Catalana-Barcelona to name a few. Tours to South America have led them to Chile, Brazil, Columbia, Mexico and Argentina (Teatro Colon-Buenos Aires). In the Far East they have toured Japan and China several times. In October 2015 an extensive tour will bring the Vienna Piano Trio to New Zealand again.

Wigmore Hall has named it ensemble-in-residence for the 2011/12.Starting with the 2015/16 season, the ensemble is now also in residence at the Turner Sims Hall in Southampton, England. The trio also performs Beethoven’s Triple as e.g. with , the English and the Munich Chamber Orchestras, Orchestre Metropolitain de Montreal, and Capella Istropolitana. Concerts of the ensemble have been repeatedly broadcast on BBC3, on Radio France, WNYC and NPR stations, and the trio has appeared live on WGBH Boston and St. Paul Sunday.

The trio won many awards for its recordings (including the Echo Klassik) for Naxos, Nimbus, and since 2003 for MDG. Its recent releases include recordings of Saint-Saens (2012), Beethoven (2014) . Brahms´complete piano trios will be recorded and released in the 2015/16 season with MDG. Having studied with the Trio di Trieste, the Haydn Trio Wien, Isaac Stern, and members of the La Salle and Guarneri Quartets, the Beaux Art and the KLR trios, among others, the ensemble now has given master classes at London’s Wigmore Hall and Royal College of Music, at Sydney’s Conservatory of Music, at the University of Wellington as well as in Finland, France, Canada, and throughout the USA. 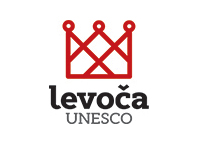